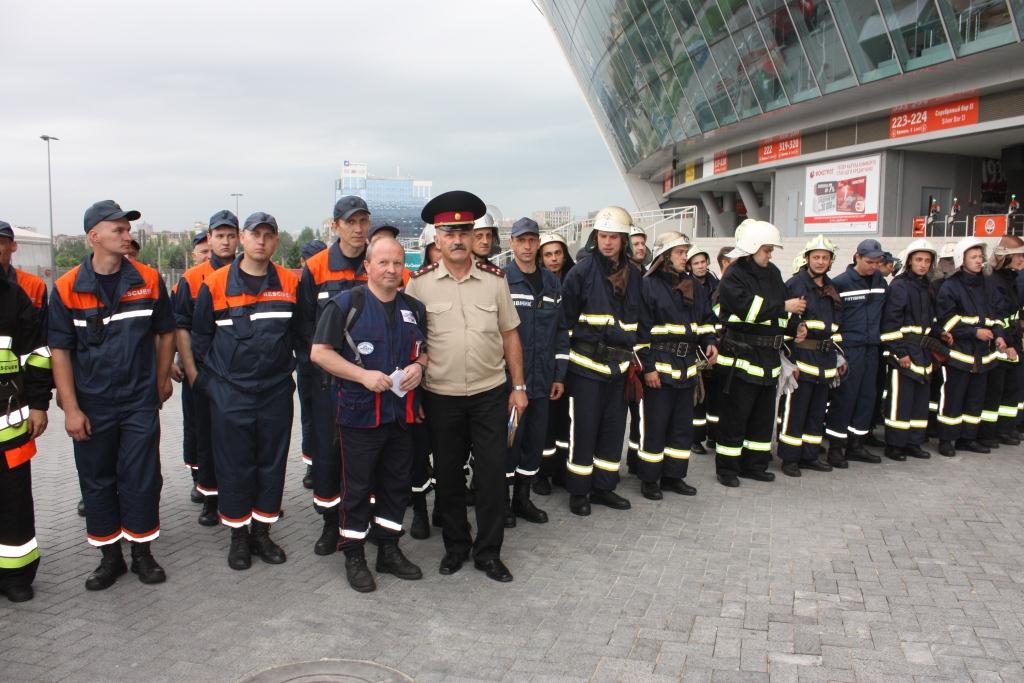 In the period from 16 to 18 May 2012, a French delegation headed by Colonel Philippe BESSON, who is the head of the Pompiers Urgence Internationale organization, paid a visit to the city of Donetsk, whose goal is to develop long-term cooperation in fighting fires. At this time, exercises were held to eliminate the consequences of a social emergency at the Donbass Arena stadium, in which units of the Ministry of Emergency Situations of Ukraine and thousands of city volunteers were involved. This stadium will host several important European Cup matches, including with the participation of the French national team. The first delivery of rescue equipment is planned for this summer, the organization of which will be undertaken by the AICM Foundation.